The year is 1996 and four boys are breaking dancing and singing hip-hop songs on a TV show in South Korea. They are not older than 8-9 years old, but they perform professionally and with pleasure. One boy is wearing a hat and baggy jeans. His name is Kwon Ji Yong and he will be the G-Dragon.

10 years after this performance, he will continue to work hard to become the leader of one of the most famous K-pop groups - Big Bang. To do this, he will have to overcome the most important test - the strictness of the idol curriculum. 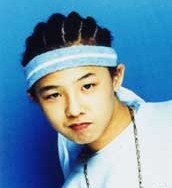 While K-pop is still the most mainstream in Asia, Big Bang's extravagant tour has made many American stars rethink their performances. Working with BigBang were music producer Jill Smith (who also worked with Lil Wayne and Psy), director Ed Burke (who worked with Beyonce) and artistic director Leroy Bennet (who worked with Lady Gaga and Paul McCartney).

One look at BigBang's performances and you can see why the group has: over 9.5 million likes on Facebook; 1.5 billion views on Youtube, MTV Europe Music Award, also collaborations with Missy Elliott, Skrillex, Diplo. And these are just a few of the staggering data that make Big Bang one of the most popular K-pop groups.

The group's success was achieved due to two facts: Big Bang is different from other groups and it captures the viewer, at the same time, the group's style is familiar enough and does not scare the audience. Their songs are closer to Western pop and R&B, but even here Big Bang has brought their own flavor.

Big Bang's creativity has broken the boundaries of pop star performances. Now no one can surprise anyone with just synchronicity and the same type of outfits. This is a new level.