1) He has a younger brother.
2) Favorite breed of dogs - dachshunds
3) Jaebeom's Favorite Actor - Will Smith 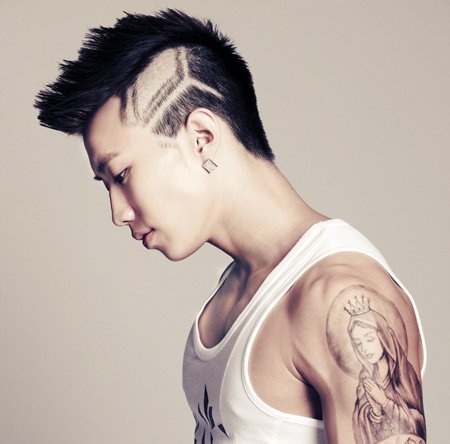 5) On September 4, 2009, adverse comments regarding Korea were found in Jaebeom's 2005 personal Myspace diary. The comments, written in English for friends, contained roughly the following context: "Korea is gay. I hate Koreans. I want to go back to America." They have been misinterpreted and leaked in the media, thus gaining widespread circulation. The situation was called "explosive nationalism". Netizens were furious and angry messages from fans called for Jaebeom to be expelled from the country, and a petition was drawn up, signed by 3,000 people, urging him to commit suicide.

Park expressed deep remorse for his past, forgotten words, and issued an official apology. In this address, he explained that he experienced a lot of pressure, stress and discomfort during his early days as an intern in unfamiliar Korea, where he had no family, no ability to communicate easily, no understanding of the culture of the country in which he found himself without any -or moral support. Although outraged fans demanded that Park be removed from 2PM, JYP Entertainment's CEO Park Jin Yoon stated (September 7) that he will remain with the group for now. The next day, Jebom announced his official decision that he would temporarily leave the group to calm the situation and return to his hometown, Seattle (USA). He also apologized to the other 2PM members and promised to return.

On February 25, 2010, JYP announced that they had completely terminated their contract with Jaebeom.